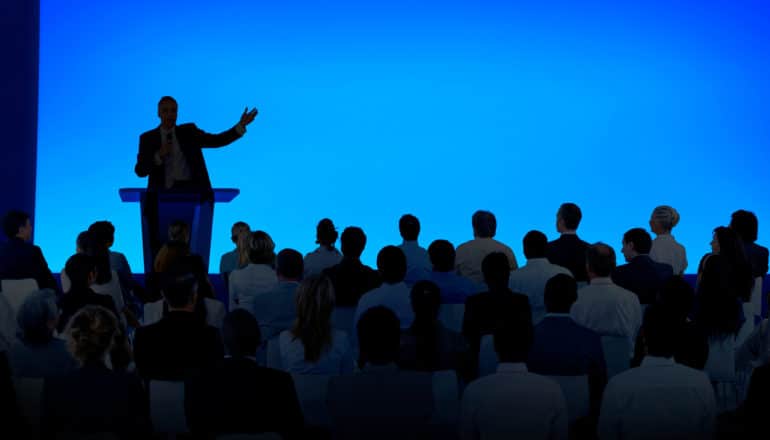 A new method counts the people in a stationary, seated crowd with WiFi signals and without each person holding a device. The key is fidgeting.

The technique, which also counts through walls, needs only a wireless transmitter and receiver outside the area of interest where the crowd is sitting. It has a variety of applications, including smart energy management, controlling the crowd size during a pandemic, business planning, and security.

“Our proposed approach makes it possible to estimate the number of seated people in an area from outside,” says Yasamin Mostofi, a professor of electrical and computer engineering at the University of California, Santa Barbara. “This approach utilizes only the received power measurements of one WiFi link, does not rely on people to carry a device, and works through walls.”

Fidgeting in the crowd

In the team’s experiments, one WiFi transmitter and one WiFi receiver (both off-the-shelf) are in an area where a number of people are seated. The transmitter sends a wireless signal whose received power is measured by the receiver. By using only such received signal power measurements, the receiver estimates how many people are present—an estimate that closely matches the actual number.

This innovation builds on previous work in the Mostofi Lab, which has pioneered sensing with everyday radio frequency signals such as WiFi since 2009. For instance, their 2018 paper showed how WiFi can count a crowd of mobile people. However, people had to move around to be counted.

“Counting a stationary seated crowd is a considerably challenging problem due to the lack of major body motion,” says Mostofi.

“While the people in the crowd are stationary, i.e., with no major body motion except breathing, they do not stay still for a long period of time and frequently engage in small in-place natural body motions called fidgets,” Mostofi explains. “For instance, they may adjust their seating position, cross their legs, check their phones, stretch, or cough, among others.”

The researchers have proposed that the aggregate collective natural fidgeting and in-place motions of a seated crowd carry crucial information on the crowd count, and have shown, for the first time, how to extract the aggregate fidgets and count the total number of people based on them.

The researchers then developed a new mathematical model that statistically describes the collective fidgeting behavior of a stationary crowd, i.e., the CFPs and CSPs, and explicitly relates them to the total number of seated people.

In developing their mathematical formulation, they first reveal how this problem resembles a several decades-old queuing theory problem, a seemingly unrelated problem from a completely different field. “Queuing theory is a branch of mathematics that studies waiting lines in systems that involve the arrival of customers, who require a service from an entity that includes a number of servers,” says Mostofi.

They then show how the CSPs are similar to the times when no customer is at a queue that has infinite servers, while the CFPs resemble the times when at least one customer is being served at such a queue. This then allows them to borrow mathematical tools from queuing theory to develop a completely new technique for counting the total number of stationary people.

“We have tested this technology extensively in different locations, and with different numbers of people in several different seating configurations,” says Korany. The lab has tested their new technology with 47 experiments in four different environments (including through-wall settings), in which up to and including 10 people are seated and behaving normally, while a pair of WiFi transceivers make WiFi measurements. Their experiments embody various occasions, such as attending a lecture/presentation, watching a movie, or reading in a library.